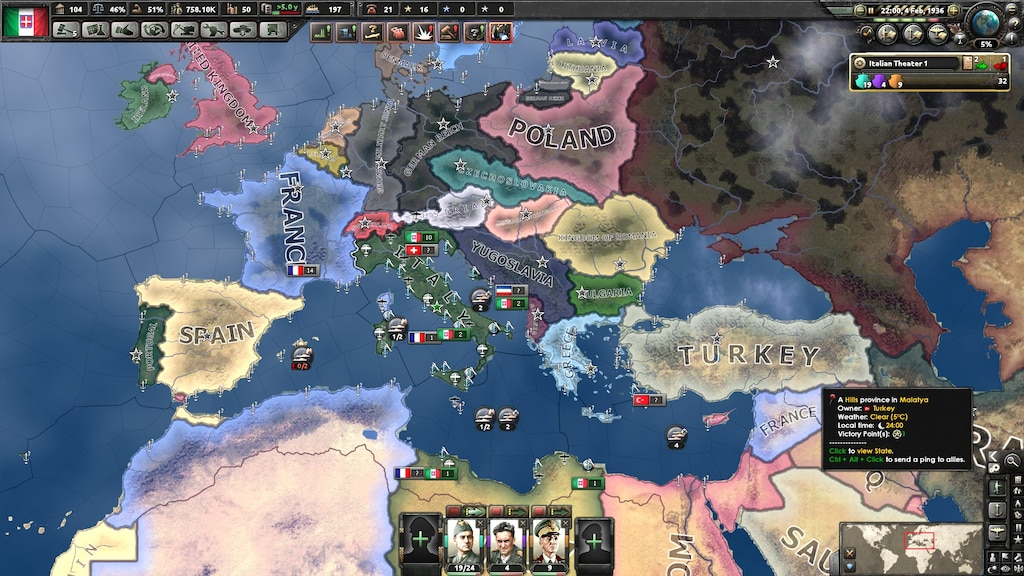 Oh man, this is so exciting!

Map games are, as the name implies, video games where you stare at a map. They can be turn-based or RTS style but are generally a genre of their own. They generally take a while to play a campaign; Reconstruction Era will usually schedule game nights or even multiple-day sessions to play through a game.

Sid Meier's Civ 5 6 is a turn-based imperialism simulator developed from the fascist mind of an American chauvinist. It's pretty good

Most of the games we play are grand strategy games developed by Paradox Interactive. They allow the player to control and develop a nation through history, building an empire and conquering their enemies. These games take hours to play, have buggy and laggy multiplayer, and cost a fortune in DLC to make playable. Naturally we play them all the time.

CK2 and CK3 are set in the medieval era. They focus more on interpersonal politics and dynastic lineage than the state. You can play as a minor noble and scheme your way up to being the emperor, or likely die of syphilis after being imprisoned by your wife/sister. There is the free older version that came out in 2012 and the new game that is actually from this decade, although few people on RE have CK3.

1234fireball will constantly ask if we want to play Crusader Kings 2 and very rarely has anyone taken the bait. One time we played as minor nobles in Venice and nothing happened for 2 hours.

Eu4 takes place during the early modern period, starting in the Renaissance and lasting until the Napoleonic wars. Most of the gameplay involves map painting by employing the main two resources, gold and manpower, in wars of conquest. There is a stupid 'mana system' and a bunch of bells and whistles you can get with DLC but most people just go for world conquest. You can get a sense for eu4 by watching some pro gameplay footage.

Vicky 2 and 3 start in the nineteenth century and end 100 years later in 1936. Gameplay focuses on managing production and internal politics that is dynamically linked to population categories and types of resources. Victoria 2 is old as fuck and requires hamachi to play multiplayer. Its warfare system is similar to Eu4 and the diplomacy system is confusing. Victoria 3 just came out and is naturally full to the brim with bugs. It's basically a city builder game with a war system that plays like a mobile app. The diplomatic plays system is kind of cool and it will consume all of your free time.

Hoi4 is a World War 2 game. Since it features modern nations and ideologies, the community is rife with people who use it as a proxy for their politics. Hoi4 has the most workable multiplayer out of all these games and so we play it a lot, at one point every week but now every so often.

Much of the game involves managing production, fronts, and technology. The player can control every aspect of their units, and therefore not only their effectiveness in combat but the stress on their logistic system This can be somewhat stressful, especially if you have to micro individual units. Gameplay improves with alcohol: Hoi4 Night is a good time to get tipsy and a great time to get drunk. I'm almost certain this is how Bokoen1 copes with his job.