Politics is the art of winning people over with your ideas. There are many different ways that people seek to shape society and the world around them, from on the lowest level of a city government, to the highest level of a discord server admin team. A skilled politician can to expand their power and influence over the world, though many 'political actors' struggle to organize a book club. 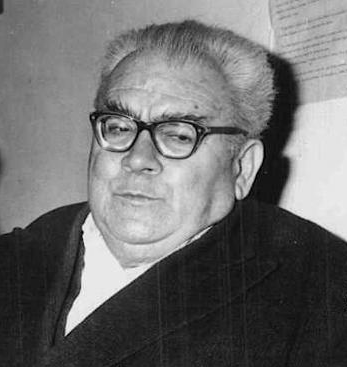 MFW someone isn't working to build the class party and create a proletarian dictatorship.

"We divided our position's enemies into three camps: those who deny the validity of Marxism, those who falsify it, and those who claim to be bringing it up to date." - The Fundamentals of Revolutionary Communism

The defenders of modern capitalism range from milquetoast liberals to the chauvinist hard right. All of them have the same common goal: the preservation of a mercantile society based on wage labor and commodity production. Although their stated values differ, they consciously or not work to keep the working class in chains.

In the United States there are two main political parties in power. The Democrats are the 'left' party with a vague idea of 'social justice' that amounts to doing nothing. Republicans are the 'right' party which exists for middle-aged insurance agents who mald about 'wokeness' when they get the wrong color cup at Starbucks. There are smaller factions in both parties like the pathetic DSA in the Democratic party and the explicitly white nationalist shitheads who claim to be responsible for Trump winning in 2016. There's also like, Libertarians, but who gives a fuck about them.

Leftists are the sort of idiots who will claim to like class war and shit when all they really want is to put a red coat of paint on their favorite system of bourgeois ethics. Most of them have the exact same political beliefs as liberals, but find mainstream liberalism insufficiently edgy to satisfy their ego.

When a leftist gets really smug about their opinions they usually become a tankie, someone who worships the Soviet Union despite knowing nothing about it. While they fit the literal description of 'utopian' and 'idealist', they also claim to be Marxists. Usually they are worth ignoring because they will metamorphose into Anarchists or something equally stupid within a few years anyway.

There's a bunch of shithead LARPers out there who probably play too much Hoi4 thinking they can synthesize the next big step in mankind's political evolution. Usually this involves writing some schizophrenic manifesto (looking at you, Mencius Moldbug) and trying really really hard to convince everyone around you that it's different from established political systems. If these ideologies even have any attachment to real society, they all end up proposing some magic solution that will fix everything wrong with the world.

Some of us on RE dreamed up Renescantism when we were more politically immature. It began as an obsession with Roman and Japanese pagan culture and ended with a manifesto broadly denouncing present day society and a call to purify everything and start over. While anyone involved would cringe to remember Renescantism, it at the very least acknowledged that present day society existed and would have to be changed. Computational Syndicalism was far worse in that it was basically an act of worldbuilding, where a techno-utopia was meticulously planned out on paper. Flameo and Fireball would be introduced to this 'brilliant' idea during their own political exploits. They would use their experience generating cringe to identify the flaws in Computational Syndicalism, a LARPy discord ideology created by KaiserCS with its own manifesto.

I'm shakin in me boots!

Video games offer an excellent space for people to practice their political expression, and therefore an excellent source of stupidity. There's lot of cringe stuff that you can see in Gmod, Hoi4, minecraft, and any other game with a roleplay or strategy element.

Nation RP is probably the pinnacle of 'video game politics', where you get people who have never left their mom's basement pretending to run a country. The process of running a nation RP is a little bit like putting on clothes for the day, in that you can dress up your e-nation however you like. In mediums like discord roleplay, the control of the nation is entirely in the hands of one person. However there are also nation roleplays where you have to actually manage interpersonal relationships, which is always funny.

Minecraft civ servers offer a version of nation RP that's almost entirely detached from game mechanics and the distribution of power, so most of the countries and laws have little bearing on actual gameplay. It's seen as kind of a meme to write a constitution for your nation, and taking them seriously will basically make you a lolcow for the broader community, especially PvPers.

Strategy games by giving you control of a virtual state are very bad for giving people nationalist and utopian tendencies. Map games will have people thinking they can lead a nation to victory because they mastered the vanilla Hoi4 multiplayer meta. RTS games are generally more focused on particular battles and instead give people an opportunity to larp as a general. Wargame, as a strategy game for military equipment enthusiasts, is mostly played by nationalist types. The public menu chat called Warchat is infamous for outright fascism and racism.

The #politics channel on the RE Discord was a fucking hellscape. Early on in the history of Reconstruction Era you had trotskyists, fascists, ancaps, and fucking nazis all fucking killing each other over the most stupid shit. Occasionally you'd see like some rancid take about the holodomor, Jews, Weimar republic, or anything similarly wild. It wasn't really anything truly productive but it was really fun when Reconstruction Era used to have more ideological diversity and people who's online identities where based around politics. Now that things have mellowed out, it's mostly a news feed.