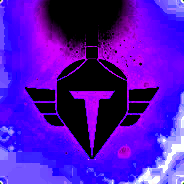 Typhon players are hard to describe without multiple ableist slurs and descriptions of common vermin. However it is easy to characterize the average Typhon player as essentially a caveman in a Holocaust-era Nazi uniform.

Typhon would be one of many Garry's Mod servers that Reconstruction Era's members would involve themselves in.

One day in late spring, Flameo and Fireball were in a teamspeak lobby talking about Columbo. They decided it would be kinda sick if they could play detective, and ended up deciding to go back to typhon...

[Some bullshit about the GFM election and MinnesotaNice]

...they would back out of the deal and keep the $3000 they had raised out of fear that they would get doxxed.